The Minnesota Water Research Digital Library is a searchable inventory of documents focused on research and projects relevant to water in Minnesota.

The Library provides one-stop access to information about water - enabling water managers, researchers, and engaged citizens to support their efforts to protect, conserve, and restore water in Minnesota.

The Quality of Surface Waters in Minnesota

Search for this publication on Google Scholar
(1907). The Quality of Surface Waters in Minnesota. 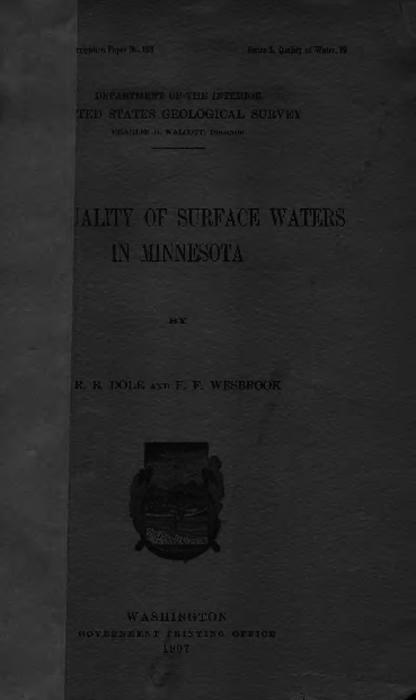 Unless otherwise indicated, material from the documents displayed here may not be reproduced without the permission of Minnesota Water Research Digital Library. Please contact mn.wrl@state.mn.us for more information.